Stupas are said to promote harmony, prosperity, longevity, good health, and peace. They bring blessings to the environment in which they are built, to those who build them, and to those who visit and venerate them. In this way, stupas ensure that the living quality of the Buddhist teachings will always be available.

This stupa will be the central axis in a garden which will offer sites to sit and meditate, thousands of memorial stupas, gardens grown as offerings to the Buddha, places to perform prostrations, ponds with places for peaceful travelers to rest and reflect. Read more about stupas around the world.

You can also the Stupa Project Team at:
. 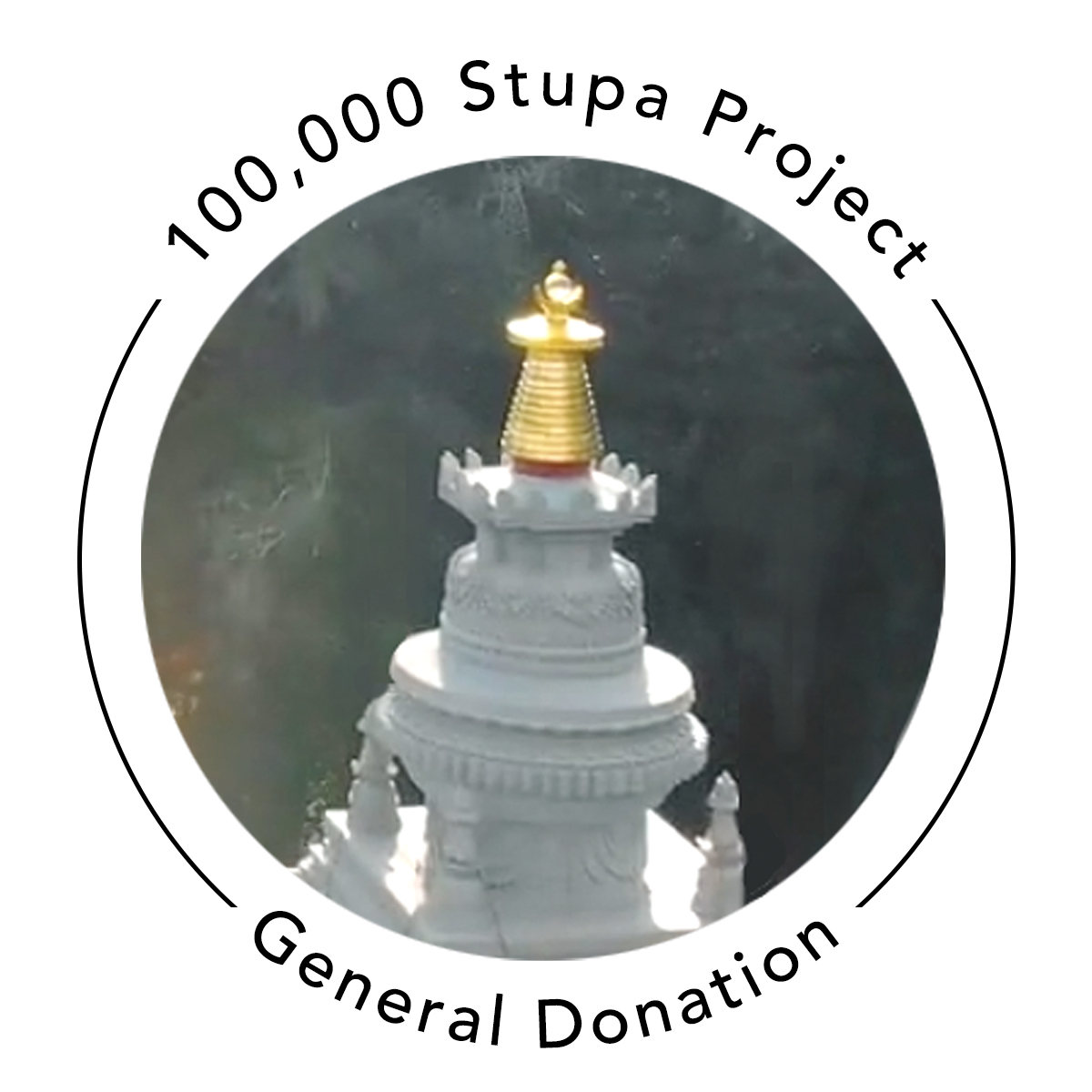 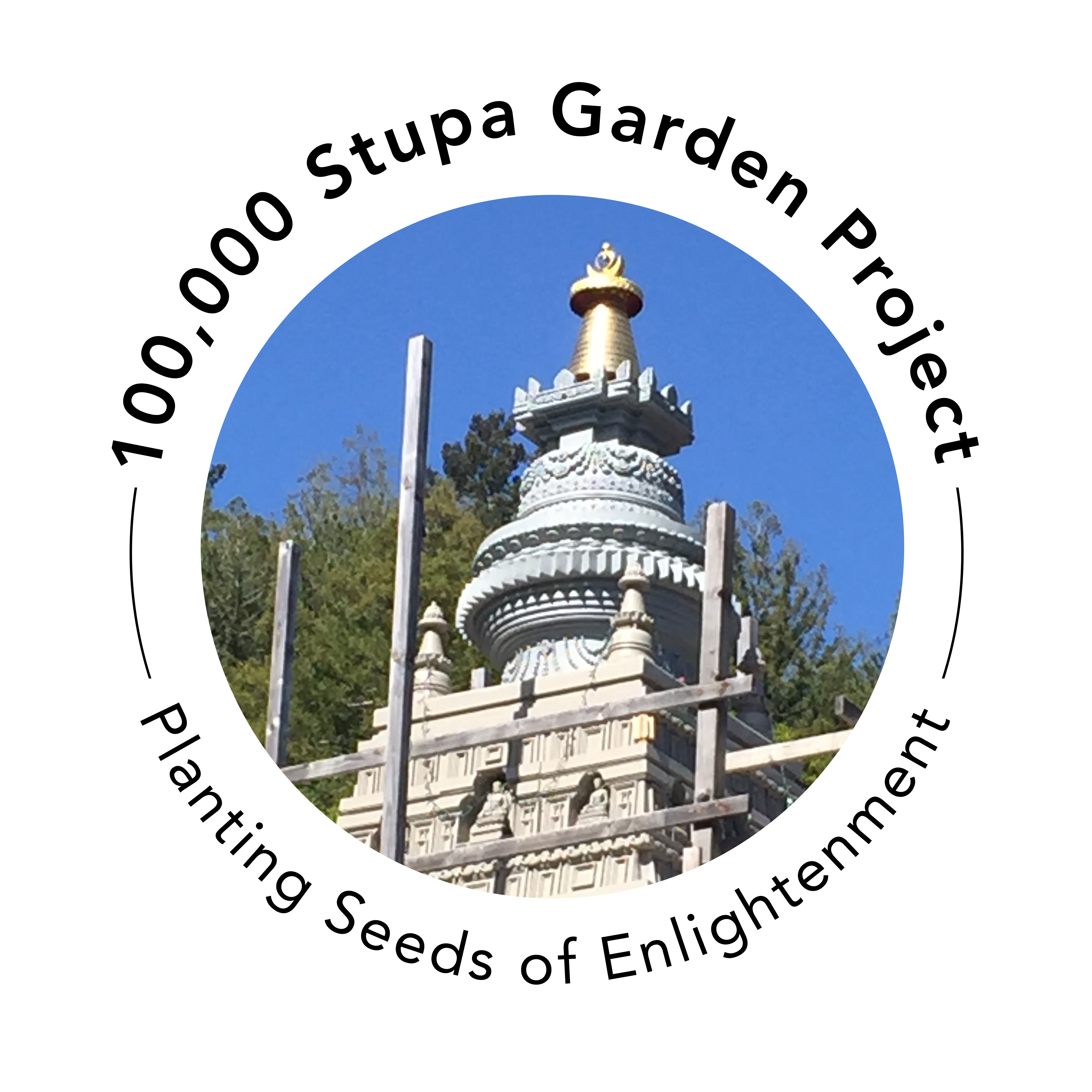 Make a donation towards the Stupa garden or sponsor a plant in the garden.

Sponsor a Kadampa Stupa to be placed on the Mandala Wall surrounding the main stupa. 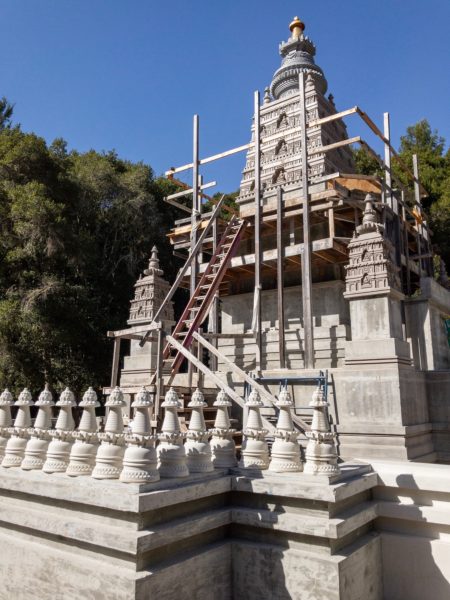 Rising from a verdant meadow with a Bodhi tree planted to the west, we are building a replica of the holy Mahabodhi stupa. This stupa will inspire all who see it to find refuge in the gentle path of wisdom, compassion, and peace.

As you walk the path from our Great Prayer Wheel to the upper part of our land you will encounter this venerable stupa, an icon of peace rising from an open meadow. Standing nearly forty feet tall, we are building a replica of one of the holiest Buddhist pilgrimage sites in India.

This stupa will be the central axis in a garden which will offer sites to sit and meditate, thousands of memorial stupas, gardens grown as offerings to the Buddha, places to perform prostrations, ponds with places for peaceful travelers to rest and reflect.

The purpose of this stupa is to serve as an inspiration and a blessing to all who visit it. Simply seeing, making prostrations, or circumambulating the stupa will be of benefit to all. Dedicated as a place to promote peace, we will have plaques to honor people such as His Holiness the Dalai Lama, Mother Theresa, Martin Luther King and others who have through their tireless effort created a more peaceful world.

“It has long been the tradition that wherever the teachings of the Buddha’s have been revered and practiced, communities of followers have built reliquary monuments known in Sanskrit as stupas and as chötens in Tibetan. And wherever they have been built, they have been regarded as sacred, for like religious images and scriptures, they represent aspects of enlightenment.”

—His Holiness the Fourteenth Dalai Lama 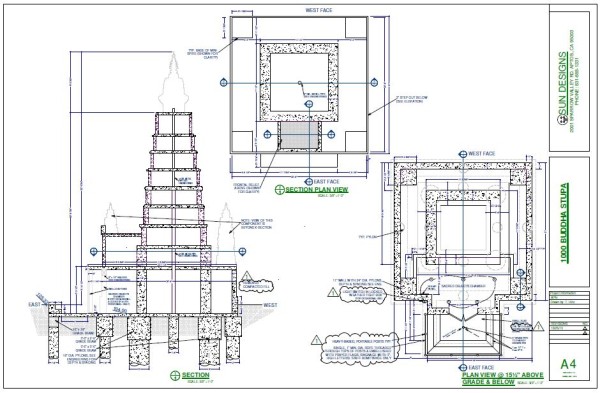 The vision for the Land of Medicine Buddha Stupa Project emerged in the late 1990’s. Tangible progress began in 1999. In the following decade, extensive architectural planning and land analysis work was done to build the 11,000 sq. ft. building modeled after the ancient stupa in Bodhgaya.

In 2011, Kyabje Zopa Rinpoche became the central pillar to our Founders Mandala by pledging $50,000 to support the building of our stupa. In January of 2013, the Chew family from Singapore became the second members of our Founders Mandala. We are looking for a few more visionaries to join us in making the building of this great stupa manifest quickly!

After only a year of design and engineering, in January 2014 we received our permit approval to build our stupa at Land of Medicine Buddha! 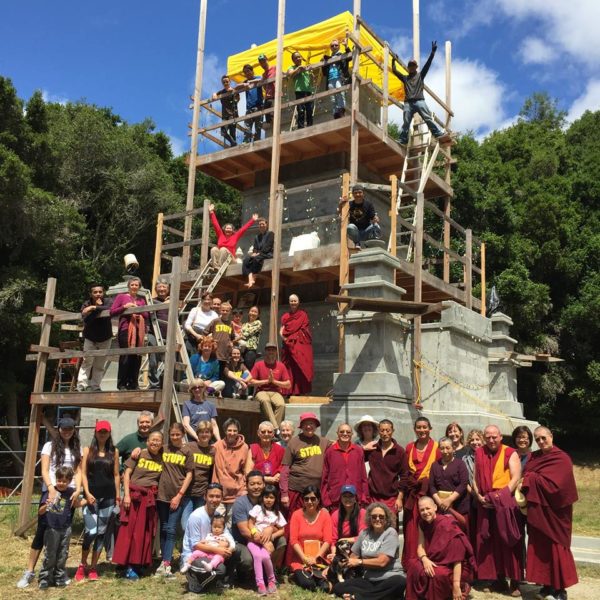 Two years later, on May 22, 2016, we filled the 9th and final chamber of the central tower. Many hands helped pass along the holy objects – sutras, mantras, tsa-tsas, etc. – from the truck, up the ladders, all the way to the top. All the spaces around the holy objects were packed with fragrant wood shavings and incense.

Here are some videos of the project: