A unique opportunity to benefit a deceased loved one is to sponsor a Golden Stupa Memorial Tablet. 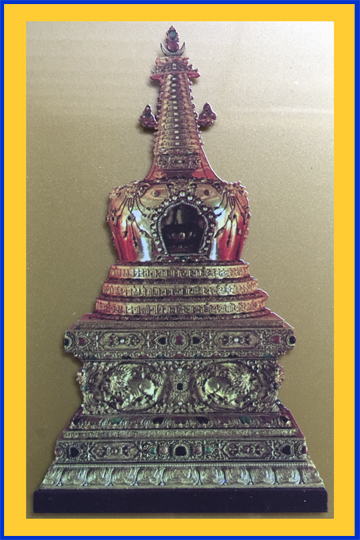 Relatives and friends can come to visit, circumambulate the shrine which house a large Maitreya Buddha statue, and make offerings. Making offering to holy objects, such as a Buddha or a stupa, creates the cause for inconceivable benefits and happiness up to the highest, full enlightenment. 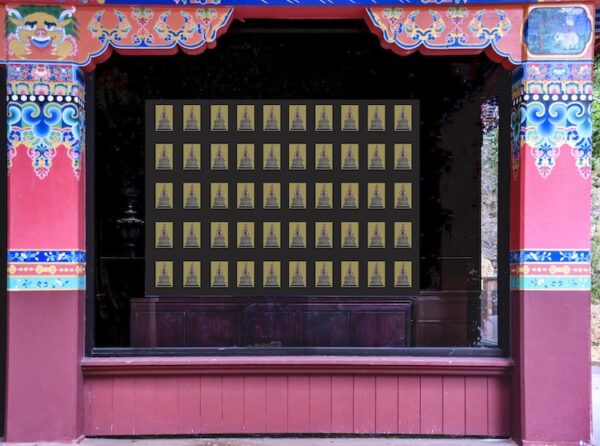 Dedicating the positive energy created can liberate the deceased from the suffering lower realms, create cause for them to receive a perfect human rebirth and quickly meet perfectly qualified spiritual teachers, and through these teachers, meet the unmistaken pure Dharma and thus quickly achieve full enlightenment. In this way, enormous benefit will accrue to those who have passed away as well as those who have had the vision and generosity to care for them in this way.

Each year a Medicine Buddha jang.wa is performed by a qualified master. It is a purification for both the living and the deceased. It can be done for both recently deceased or those who passed away some time ago.

When performed for the deceased, the ceremony purifies the negative karma and transfers their consciousness to a pure land. It can liberate beings from the lower realms and also benefit those who have died recently and are still in the intermediate state on their way to a lower rebirth, by changing their rebirth to the human realm or a pure land, so that they have a chance once again to meet the Dharma and meet a fully qualified virtuous friend.

How to Get a Golden Stupa Memorial Tablet

A suggested contribution of US$2,000 upwards is requested. These funds will be used for the Jangwa ceremony, the support of the Sangha making prayers for the deceased, the maintenance and upkeep of the shrine, as well as for the development and support of Land of Medicine Buddha.

The deceased individuals who have Golden Stupa Memorial Tablet are automatically included in the Jangwa ceremony each year.

To sponsor or reserve a Golden Stupa Memorial Table to be placed in the Wish-Fulfilling Temple:

Download and fill out this WFT-Golden Stupa sponsorship and mail it to: