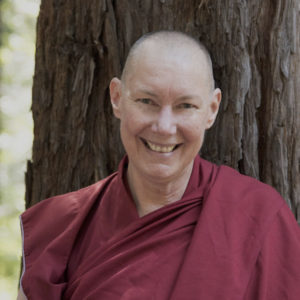 Ven. Tenzin Chogkyi is travelling and this week’s class will be led by Ven. Drimay