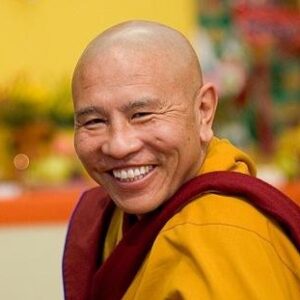 *This retreat will be offered online via Zoom*

RECOGNIZING MY MOTHER – An Experiential Song on the View

This text was composed by the great 18th century Tibetan master Changkya Rölpai Dorjé. It is often referred to by His Holiness the Dalai Lama who has previously taught it online. His Holiness last taught it earlier this year at the request of Lama Zopa Rinpoche. The view we are speaking of in the title is dependent arising, and the mother is emptiness.

If you would like to learn more prior to this teaching, watch this video edited with subtitles by Ven.Yönten, of His Holiness the Dalai Lama’s teaching on this subject. You may find it online at:

Jhado Rinpoche (Tenzin Jungne) was born in 1954 to a nomadic family living in the area of Namtso Lake, 220 kilometers north of Lhasa, Tibet. At the age of three he was recognized and enthroned as the 6th incarnation of the abbot of Jhado Monastery. 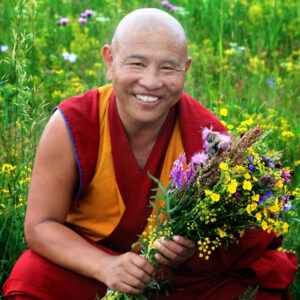 From 1992 until 1996, Rinpoche served as a teacher at Namgyal Monastery in Dharamsala, the personal monastery of His Holiness the Dalai Lama. In 1997, Rinpoche was appointed to the post of Abbot of Namgyal Monastery, and served the institution in that capacity until 2004.

Rinpoche is one of the most highly esteemed lamas in the Geluk lineage today. In addition to his excellent education in the Geluk monastic college system, over the years Rinpoche has also received many oral transmissions and empowerments from His Holiness the Dalai Lama and his two main tutors, as well as from many great teachers from other traditions, including the famous Nyingma master Trulshik Rinpoche and Chogye Trichen Rinpoche.

ABOUT THE TRANSLATOR – Ven. Steve Carlier

He has been studying Buddhism since 1977 and was ordained as a Buddhist monk by Lama Zopa in 1979, then received full ordination from Serkong Tsenshab Rinpoche the following year. He studied for eleven years at Nalanda Monastery in France, and from 1993 to 2004 was one of only a handful of Westerners who have followed the Nalanda (India) tradition of studies at Sera Monastery in India. He currently resides at Land of Medicine Buddha, and is teaching the Basic Program, as well as interprets when his schedule allows. He has interpreted for several of the great masters of Tibetan Buddhism

Please use the ‘International Registration’ option below if you are located outside of the United States. You may pay your registration fees and donate by clicking  HERE.

*WE ARE ABLE TO KEEP OUR GOMPA DOORS OPEN DUE TO THE KINDNESS AND GENEROSITY OF FOLKS LIKE YOU. ALL DONATIONS RECEIVED FOR REGISTRATION OF THIS EVENT GOES TOWARDS SUPPORTING JHADO RINPOCHE’S VISIT, AND THE UP-KEEP, FUNCTIONING AND RUNNING OF LAND OF MEDICINE BUDDHA.

TO INQUIRE ABOUT SCHOLARSHIPS TO THE ONLINE TEACHINGS, PLEASE CONTACT:

Registration and Donations for Recognizing My Mother with Kyabje Jhado Rinpoche