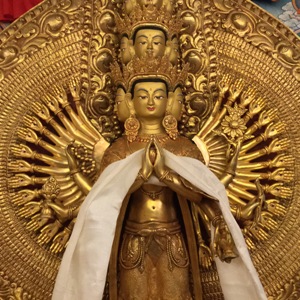 The Nyung-nay retreat is a Vajrayana practice from the Kriya (Action) class of tantra. It is a powerful, quick and effective method to purify a lot of negativities and at the same time collect a vast amount of merit.

We will be performing one Nyung-nay retreat during the first week of Losar, the lunar new year. This is a very special time for intensive practice, when karmic results are multiplied by one hundred million, as cited by Lama Zopa Rinpoche in the Vinaya text Treasure of Quotations and Logic. Practices specifically recommended by Rinpoche for Buddha Multiplying Days include:

Ideally, one Nyung-nay requires being resident here for 3 nights, in order to incorporate 2 full practice days. One Nyung-nay consists of 7 practice sessions spread over three days. With orientation and set-up on the evening of Day 1, the first session will start between 4-5am on Day 2 and end early morning on Day 4.

We will be taking the eight mahayana precepts daily. On the second day of the Nyung nay, we take three additional precepts of abstaining from eating, drinking and talking. 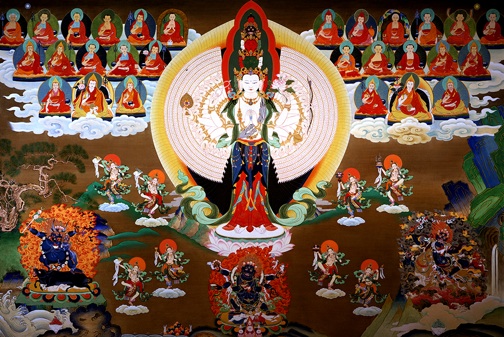 Nyung-nays are a most powerful, most beneficial and quickest way for you to develop bodhichitta, to collect extensive merit to quickly achieve enlightenment, to become Chenrezig, to liberate sentient beings from the oceans of samsara suffering and bring them to enlightenment. This practice is a trillion, billion times greater than becoming an Olympic champion. Doing so many Nyung-nays you become an unbelievable champion. This is what makes numberless buddhas and bodhisattvas most happy and brings sentient beings to enlightenment as quickly as possible. This is an extremely powerful practice, it is an incredible way to develop bodhichitta.

To the questions you usually hear and think of, such as, “What practice can be done while living a family life, while living in the city, when one is so busy with no time to do extensive study or retreat or even daily meditation? In my experience, the Nyung-nay practice, the Avalokiteshvara retreat abiding in fasting, is one practical answer. Why?  Because it is only two days. This combines various skillful means of quickly finishing the work of accumulating merit and puriyfing obscurations. – Kyabje Zopa Rinpoche

Lama Zopa Rinpoche recently said in Australia, September 2014, that if you feel like you have created a lot of negative karma, the best way to purify is to do a Nyung-nay retreat.

More comments and teachings by Kyabje Zopa Rinpoche on the Nyung-nay practice. 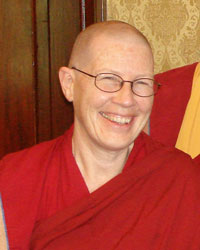 She has served as the director of the International Mahayana Institute (FPMT monks and nuns). Currently Ven. Chodron is serving as executive director of Land of Calm Abiding, a remote hermitage for long-term retreat.

Ven. Chodron was part of our San Francisco sangha at Tse Chen Ling when she was ordained in our tradition. She had some experience with Zen before that.
Very practical and down-to-earth, we are confident she will be a clear and supportive retreat leader.

What to bring for the retreat

Gift of the Dharma – Sponsor the retreat!

This is a rare opportunity. Not only to be able to do Nyung-nays but to do it during the fifteen days of the Miracles and for the conditions to come together for Land of Medicine Buddha to be able to host the retreat.

We invite you to participate by making a sponsorship towards the retreat. In this way, you will be benefited by the merit of making auspicious offering and have prayers dedicated for you and your loved ones; and we’ll receive support to the flourishing of our Dharma program.

Sponsor one Sangha or lay participant for $108 per Nyung-nay.
Make your sponsorship here

Registration and Donations for Nyung-nay Retreat at Losar