Engaging in the Bodhisattva’s Deeds with Ven Steve Carlier – Chapter 9: Perfection of Wisdom 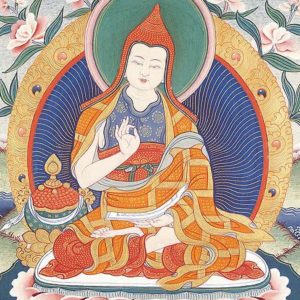 The Zoom link will be sent to you automatically via your registration acknowledgment.

Chapter IX: The Perfection of Wisdom

1. The Sage taught this entire system for the sake of wisdom. Therefore, with the desire to ward off suffering, one should develop this wisdom.

— Acharya Shantideva,
Chapter 9, A Guide to the Bodhisattva’s Way of Life

For the second half of the 2020 Basic Program at LMB, we will look at Chapter 9 of Shantideva’s “Guide to the Bodhisattva’s Way of Life”, which we began studying in 2018. This chapter is presented in the prose form of a dialogue between the Madhyamaka School, represented by Shantideva, and various other Buddhist and non-Buddhist Schools. We will recite Chapter 10 during the last class by way of dedication for the entire course.

We are using the Stephen Batchelor translation of A Guide to the Bodhisattva’s Way of Life by Shantideva. A digital copy of the text, and other course materials, will be available to all registered students through a web page from which files can be downloaded.

This is the 3rd term of the Engaging in the Bodhisattva’s Deeds module of the FPMT Basic Program.

The continuation of Term 3 (2020) is expected to occur as follows:

(Some dates will be non-consecutive due to pre-existing instructor obligations.)

It is best to study the Basic Program at the beginning of a given class and attend regularly. A general background in Buddhism is expected, either from having attended Discovering Buddhism courses or from general lam-rim instruction.

About the FPMT Basic Program

The Basic Program is a multi-year, twelve-subject course of study designed by Lama Zopa Rinpoche. It provides a practice-oriented transmission of the Dharma to committed students ready to progress beyond foundational-level study and practice. Its comprehensive curriculum greatly enhances students’ Dharma understanding, establishing a sound basis for ongoing study, practice, retreat, and service. FPMT centers worldwide offer the program at a variety of levels; it is also available as an Online homestudy program.

Some of Tibetan Buddhism’s most treasured texts form the heart of the Basic Program – Je Tsongkhapa’s Middle Length Lam-Rim, Shantideva’s Bodhicharyavatara, the Heart Sutra, Jetsun Chökyi Gyältsen’s Tenets, Maitreya’s Ornament for Clear Realization and Tathagata Essence, the Wheel of Sharp Weapons, and others guide the practitioner through a comprehensive study of sutra and tantra.

Students may enter the Basic Program at the beginning of a subject as indicated by individual centers. Students will benefit most from their BP studies if they have some familiarity with the preparatory study and practice offered by foundational-level courses such as Discovering Buddhism.

Venerable Steve Carlier (Thubten Sherab) was born in the UK and has been studying Buddhism since 1977. He first met Lama Yeshe, the founder of the FPMT, and Lama Zopa, its current head, in 1978. He was ordained as a Buddhist monk by Lama Zopa in 1979 and received full ordination from Serkong Tsenshab Rinpoche the following year. He studied for eleven years at Nalanda Monastery in France, and from 1993 to 2004 was one of only a handful of Westerners who have followed the Nalanda (India) tradition of studies at Sera Monastery in India. Since 1978 he has been a student of the revered late abbot emeritus of Sera Je monastery, Geshe Jampa Tegchog. Eventually, he came to serve as this great master’s interpreter. He is currently at Land of Medicine Buddha, teaching Discovering Buddhism and the Basic Program.

Registration and Donations for Engaging in the Bodhisattva’s Deeds with Ven Steve Carlier – Chapter 9: Perfection of Wisdom