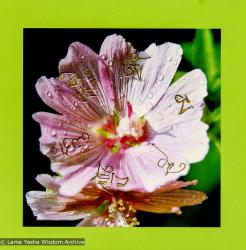 The Zoom link will be provided via the registration confirmation email that you receive after registration is complete.

Being a bodhisattva is contingent upon developing a certain attitude, called bodhichitta (literally ‘awakening mind’). Bodhicitta is the attitude of wanting to be a buddha in order to benefit all sentient beings. It becomes the driving force behind all our Dharma practice, in the Mahayana tradition.

This Discovering BUDDHISM course is about how to develop bodhicitta and how to act like a bodhisattva.

FPMT certification is available for those who complete all the components of the course. The completion certificate confirms the satisfaction of having accomplished a comprehensive engagement with the path to enlightenment and is symbolic of your commitment to spiritual awakening. This module will allow those working toward the FPMT Discovering Buddhism Certificate to qualify for completion of this module. The Certificate program allows those who complete all 14 modules and the final retreat to apply for consideration to join the FPMT Teacher List as qualified to teach Discovering Buddhism-level courses at the 164 centers of the FPMT.

Venerable Steve Carlier (Thubten Sherab) was born in the UK and has been studying Buddhism since 1977. He first met Lama Yeshe, the founder of the FPMT, and Lama Zopa, its current head, in 1978. He was ordained as a Buddhist monk by Lama Zopa in 1979 and received full ordination from Serkong Tsenshab Rinpoche the following year. He studied for eleven years at Nalanda Monastery in France, and from 1993 to 2004 was one of only a handful of Westerners who have followed the Nalanda (India) tradition of studies at Sera Monastery in India. Since 1978 he has been a student of the revered late abbot emeritus of Sera Je monastery, Geshe Jampa Tegchog. Eventually, he came to serve as this great master’s interpreter. He is currently Teacher in Residence @ Land of Medicine Buddha, teaching Discovering Buddhism and the Basic Program.