“Cutting Through to Compassion” an interfaith spiritual retreat 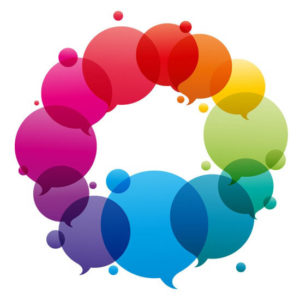 What helps you cultivate and sustain buoyancy, hope, and inner spaciousness in these turbulent times? How can we help one another cut through the vitriol and violence that erupts daily in our world, to enter the flow of compassionate understanding that will most effectively source our work for equity, justice, and protection for the vulnerable ones in our midst?

In this retreat, the third in the annual “Compassionate Conversations” series, Venerable Tenzin Chogkyi, Rabbi Diane Elliot, and Pastor Steve Harms serve as your guides while, together, we mine the wisdom of three spiritual traditions—Buddhism, Christianity, and Judaism. Each path offers a wealth of teachings and practices to help us refine our moral compass and grow the awareness, consistency, creativity, and kindness we need to meet the spiritual and practical challenges of our times.

Our time together during this weekend retreat will include meditation and movement, singing and prayer, textual study and sacred ritual, focused conversation, art-making, silence, and rest.

“Compassionate Conversations” is a consortium of spiritual teachers and practitioners, situating ourselves in different faith traditions (or none). Honoring the particular wisdom of our varied lineage paths, we come together with a commitment to listening deeply, sharing practices, engaging in thoughtful conversations, expanding our awareness, and growing our capacities for kindness and understanding. We come together to enhance our humanness, to celebrate our uniqueness while uncovering what we share in common, and to bring healing, joy, and connectivity into our broken and suffering world. 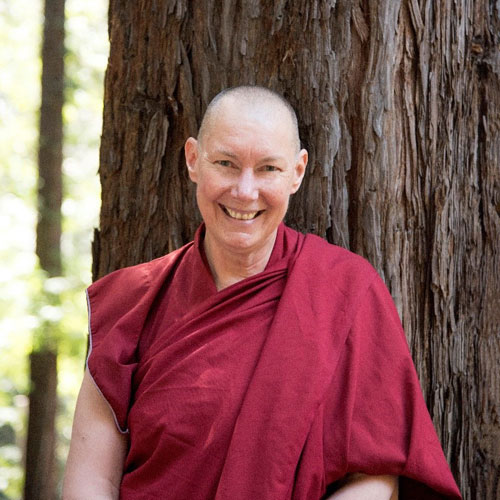 Venerable Tenzin was director of Vajrapani Institute, co-director the FPMT International Office, and coordinator of FPMT Center Services from 1992 to 2000. She also completed several long meditation retreats over a six-year period.

Venerable Tenzin took novice ordination in 2004 with His Holiness the Dalai Lama. In 2006 she became a touring teacher in the FPMT, teaching at various centers around the world, as well as visiting prisons on behalf of the Liberation Prison Project.

Venerable Tenzin is authorized by the FPMT to teach at both the foundational and in-depth levels, as well as teaching the a.r.t. of Fulfillment, Cultivating Emotional Balance (a secular program developed by Alan Wallace and Paul Ekman) and Compassion Cultivation Training, a program developed by Geshe Thubten Jinpa and colleagues at Stanford University. She will be relocating to Land of Medicine Buddha in August 2018.

Based in the San Francisco Bay Area, Rabbi Diane Elliot is a spiritual teacher, ritual leader, dancer, writer, and somatic therapist who inspires her students to become clearer channels for Presence through awareness and movement practices, dance, chant, and nuanced interpretations of Jewish sacred text. For six years she directed ALEPH’s Embodying Spirit, En-spiriting Body training program, and she continues to work to bring the essential wisdom of the Jewish path to diverse Jewish and interfaith groups. To learn more about her and her work, visit www.whollypresent.org. 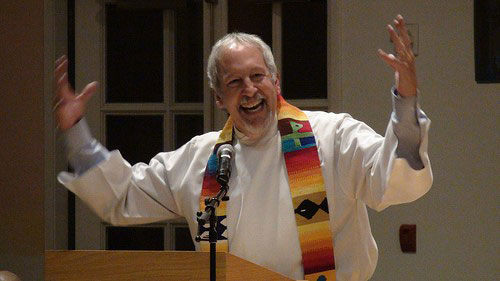 Rev. Steve Harms, M.Div., MA in Theatre Arts:  Ministry has taken Pastor Steve from the Night Ministry streets of the Tenderloin in San Fransisco to suburban Danville and to congregational Partnerships in Nicaragua and South Africa.  He has served as adjunct faculty at 2 seminaries.  He is the former President of the Interfaith Council of Contra Costa County and remains deeply engaged in interfaith connections/development.  He is a teacher of Tai Chi Chuan.  He co-created with a qiqong master the “Abba-Imma Qiqong Lord’s Prayer” which unites Judeo-Christian and Taoist wisdom and compassion.  He has a passion for justice advocacy, creative liturgies and is the founder of the Jazz Church West.  In 2015 he Co-Chaired the UN 70th Anniversary Celebrations at the United Nations in New York and Grace Cathedral in San Francisco.  He and Bev have 3 adult sons.  Pastor Steve is currently the Senior Pastor at Peace Lutheran Church (http://peacejourney.org/) in Danville.