Asian Americans Under Attack: How would the Buddha respond? 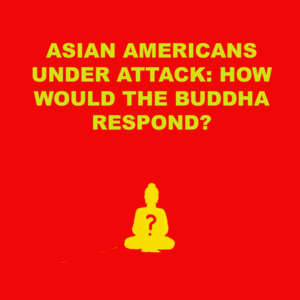 *This is an online event held via Zoom, a link will be emailed to you once you register*

Asian Americans Under Attack: How would the Buddha respond?

The recent rise in attacks on Asian Americans has sparked fear and tremendous anger in our communities. These attacks have also renewed Asian Americans’ search for social, cultural, and political identities. We offer this program to create a space for Asian American Buddhists, and all people, to explore Buddhism’s unique, effective, and powerful approach to issues such as racial discrimination and violence: we will not fight hatred with hatred.

In this virtual meeting, a panel of Asian American speakers will explore topics such as:

This event is for anyone who is interested in exploring these questions together.  Our speakers will all be people of Asian descent, who are connected with the practice of Tibetan Buddhism in particular.  There is a long history of discrimination against people of Asian descent in the U.S., and we recognize that this history and how it impacts our members and communities in the Tibetan Buddhist traditions have rarely been discussed in public events.  We hope that this event will serve as a beginning of increased, open discussions in the service of compassion, healing and inclusivity.  In addition to four brief
presentations by our speakers, there will also be time for questions and comments. 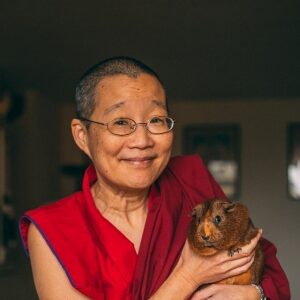 The daughter of Chinese immigrants, Ani Losang Tendrol was the only Asian American at the private school she attended from the first to the twelfth grade. The feeling of being marginalized eventually led her to Buddhism, and she took getsul ordination in 2008. She has served as
Spiritual Program Coordinator for Guhyasamaja Center and has taught Discovering Buddhism and other classes at Guhyasamaja Center and at Do Ngak Kunphen Ling in Connecticut. 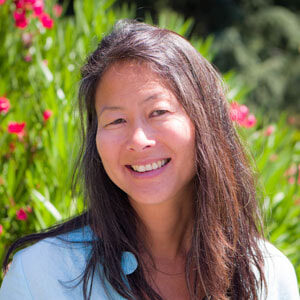 Emily has been leading Dharma classes since 2006, after graduating from the seven-year Masters Program of Buddhist Sutra and Tantra and completing a ten month solitary retreat. She served as the resident teacher for Ocean of Compassion Buddhist Center until 2016, and since then has been splitting her time between teaching in various Dharma centers and doing meditation retreats. 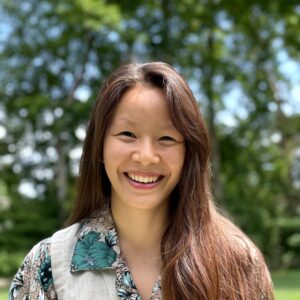 Tenzin Woden is one of the co-founders of Online Tibetan Education (OTE) which began in 2011 as an initiative to promote and preserve the Tibetan Buddhism, language and culture amongst Tibetan youth in the diasporic community. She strives to be an active members of her community in order to stay rooted to her Tibetan identity in the western world. She’s also passionate about the environment which she pursues in her day time career as an environmental engineer. 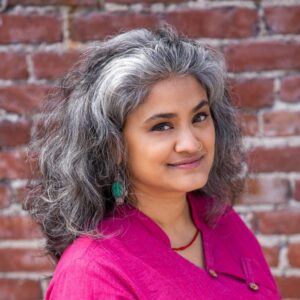 Sujatha Baliga’s work is characterized by an equal dedication to crime survivors and people who’ve caused harm. A former victim advocate and public defender, she speaks publicly and inside prisons about her own experiences as a survivor of child sexual abuse and her path to forgiveness. Her personal and research interests include the forgiveness of seemingly unforgivable acts, survivor-led movements, restorative justice’s potential impact on racial disparities in our legal systems, and Buddhist approaches to conflict transformation. She’s a member of the Gyuto Foundation in Richmond, CA, where she leads meditation on Monday nights. She was named a 2019 MacArthur Fellow. 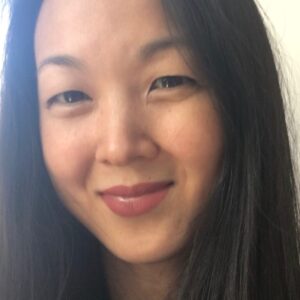 Jennifer grew up in a Korean-American household and identified as an agnostic before discovering Buddhism in 2007. Since then, she has studied and served at various Buddhist centers, including serving as Director and President at Shantideva Center in New York City.During college, she also co-led Columbia University’s work with the New York Asian Women’s Center, to support children from homes of domestic violence. Jennifer is passionate about helping people from all races, faiths, and walks of life uncover their potential for happiness, and she appreciates the potential of the Buddha’s teachings to overcome racism by overcoming ignorance. In addition to her ongoing volunteer work for Shantideva Center, Jennifer works for Potential Project, a global consulting and leadership development firm that helps companies create a better world by developing mindfulness, selflessness and compassion.

Co-Sponsoring Centers for this Event:

THIS IS A FREE EVENT!  However if you are driven to make a donation to support this event you are very welcome to do so & it is deeply appreciated: https://landofmedicinebuddha.org/donate/

Registration and Donations for Asian Americans Under Attack: How would the Buddha respond?