Miles of Merit for the Stupa Project

On the evening of His Holiness the Dalai Lama’s birthday, July 6, 2015, eleven-year-old Mia Stafford began her Miles of Merit marathon to raise funds to continue building the Mahabodhi Stupa at Land of Medicine Buddha. We gathered – a couple dozen of us –  at the half-built stupa to recite the verses of praise to Shakyamuni Buddha and then set our motivation for the evening’s activities and for building the stupa – to create a powerful holy object to benefit sentient beings. 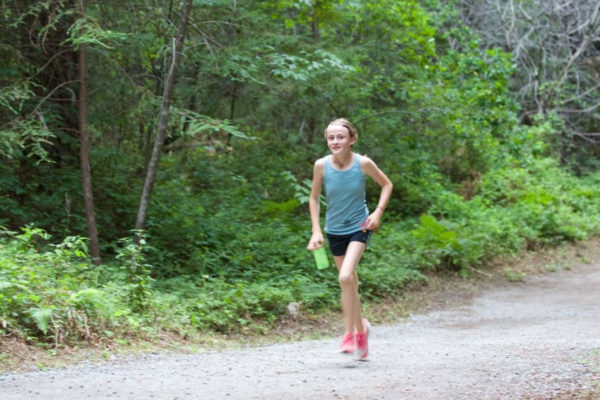 Then we cheered Mia off on her run around the Eight Verse Loop Trail, while we headed off for a comfortable stroll. We stopped at each station of the Eight Verses of Thought Transformation, read the verse out loud together, listened to His Holiness’s commentary on it, paused to internalize the meaning and then walked meditatively to the next station. Every now and then we had to step to the side of the trail to let Mia pass.

Mia ran 4 laps (miles) on July 6 and will continue running about twice a week until she has completed 108 laps, i.e., miles. People have sent in sponsorships already, but there is still time to sponsor Mia’s Miles of Merit as the campaign remains open until July 23, 2015. 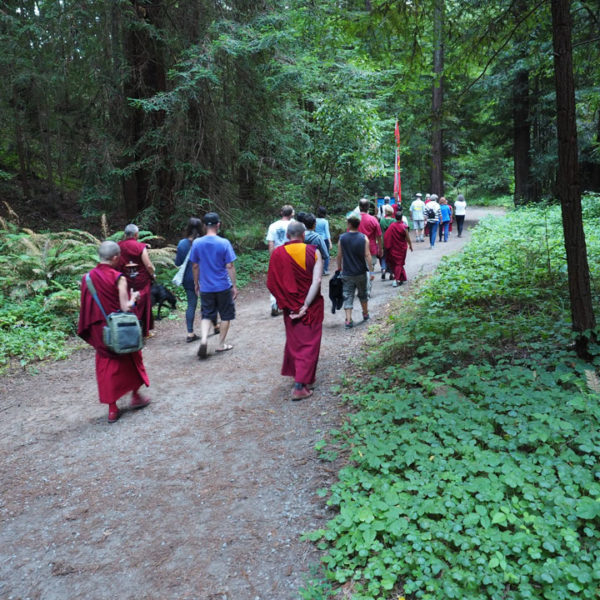 Group goes on pilgrimage around the loop trail, stopping at each of the Eight Verses of Thought Transformation. Photo by Mer Stafford. July 6, 2015. 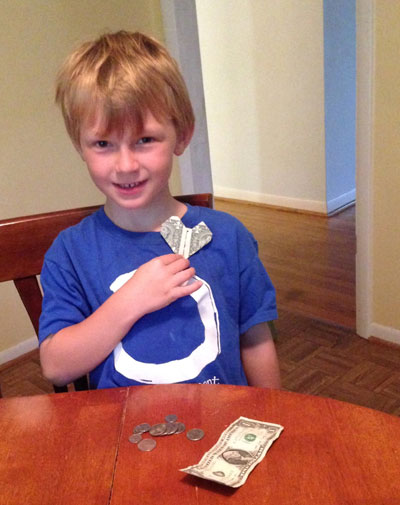 This is Kai. His mother wrote: “When Kai heard that a friend who is 11 years old is running 108 miles to raise money for a special project, he emptied his bank to donate to the cause – including the heart-shaped dollar that he got from the tooth fairy.”

Examples of amounts you can sponsor are:

(We will accept any amount; these are just some of the pre-set options.)

As for the birthday celebration of His Holiness the Dalai Lama, the rest of us completed one lap at a leisurely pace and then returned to the stupa to perform the Extensive Light Offering practice. As the evening darkened the electric lights plus a couple of rows of tealights grew more beautiful. Then we read various long life prayers and prayers of auspiciousness. Finally, we enjoyed eating the birthday cake that had been offered in front of a picture of His Holiness on the stupa. 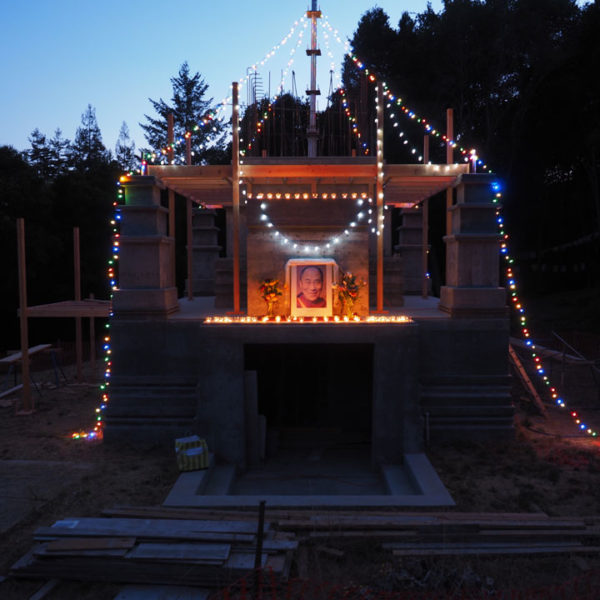 Light offerings at the stupa for His Holiness the Dalai Lama’s birthday. You can see that scaffolding has been put up to reach the higher levels. The 5th level is under construction. Photo by Mer Stafford. July 6, 2015.

Keep your eye on our New Stupa Project page and our YouTube page for stupa updates. ◊